IT Lawyers Brisbane, your trusted adviser even during
the Zombie Apocalypse

Looking for a lawyer who thinks outside the box? 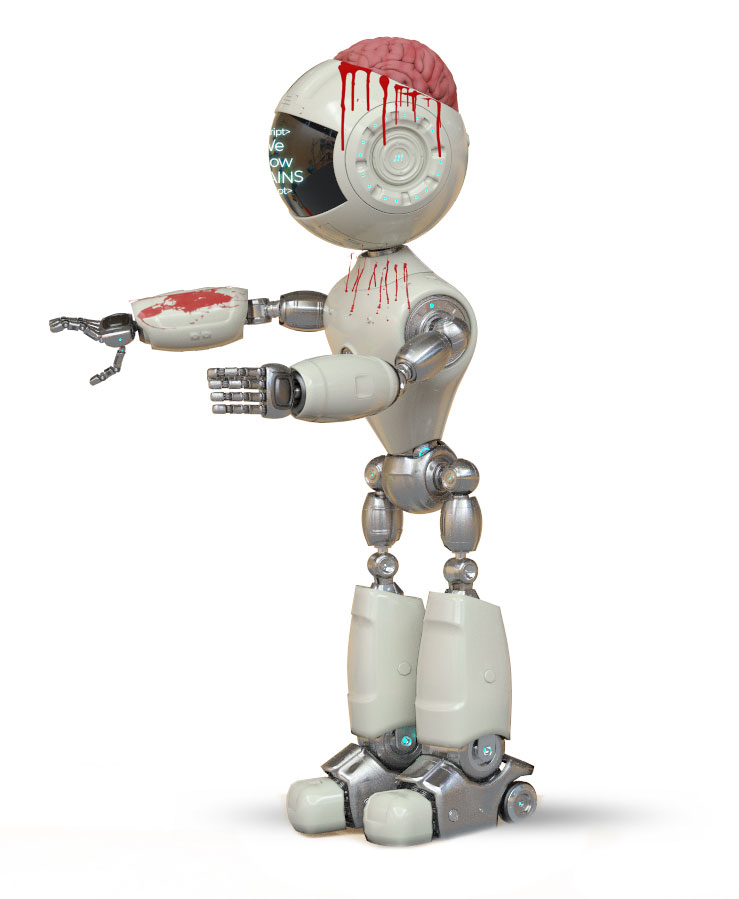 Can you use any of Amazon Web Services (AWS) in the event of a Zombie Apocalypse?

While there are some practical implications associated with the AWS’ service terms in the event of a Zombie Apocalypse the legal implications have been specified in some detail, in relation to some services. Notably with respect to Amazon Lumberyard.

As a lawyer I have no intention to deal with the practical implications whatsoever, henceforth, what is contained herein is the application of the AWS Service Terms as it relates solely to the constituent events giving rise to the Zombie Apocalypse.

‘Acceptable Use; Safety-Critical Systems. Your use of the Lumberyard Materials must comply with the AWS Acceptable Use Policy. The Lumberyard Materials are not intended for use with life-critical or safety-critical systems, such as use in operation of medical equipment, automated transportation systems, autonomous vehicles, aircraft or air traffic control, nuclear facilities, manned spacecraft, or military use in connection with live combat. However, this restriction will not apply in the event of the occurrence (certified by the United States Centers for Disease Control or successor body) of a widespread viral infection transmitted via bites or contact with bodily fluids that causes human corpses to reanimate and seek to consume living human flesh, blood, brain or nerve tissue and is likely to result in the fall of organized civilization.’

The acceptable use policy contained in the Amazon Terms of Service contractually prohibits the use of the Lumberyard Materials for numerous, non exclusive, life or safety critical systems. To this extent the Lumber Yard Materials is defined as:

However, broadly speaking this acceptable use clause does not apply to certain scenarios during the Zombie Apocalypse. Care must still be taken to ensure the Lumberyard Materials are only used during a Zombie Apocalypse permitted in accordance with Clause 42.10, (a Permitted Zombie Apocalypse).

What is a Permitted Zombie Apocalypse pursuant to the AWS Service Terms?

The key elements to a Permitted Zombie Apocalypse are as follows:

It is important to recall the words of Giles JA in Franklins Pty Ltd v Metcash Trading Ltd [2009] NSWCA 407  when attempting to interpret this Agreement, he stated at [50]:

“A formal contract is not a conversation, or a letter, between persons who understand it to accord with some prior course of communications and seek the subjective intention of the speaker or writer. It is a legal act, to be approached according to the objective theory of contract”

We address each of the elements objectively and in detail, as follows.

1. In the event of the occurrence of a widespread

The term ‘widespread’ is not defined within the AWS Service Terms, however, this contract should be interpreted as a whole, Hume v Rundell (1824) 2 Sim & St 174, considering the broader terms. In these circumstances, given the world wide scale of AWS’ services, widespread would likely be considered relative to a global geographic scale. Notwithstanding this clause only requires certification by the US Centre for Disease Control (or its successor), it is likely a Permitted Zombie Apocalypse would have to extend beyond the United States. However, the population question remains.

If only China and India were to become zombies, would the scale of their population suffice to be considered widespread? In interpreting this clause a court would not be too astute or subtle, Hillas & Co Ltd v Arcos Ltd (1932) 147 LT 503, nor too narrow or pedantic, Upper Hunter County District Council v Australian Chilling & Freezing Co Ltd (1968) 118 CLR 429.

Until a court of competent jurisdiction provides a sufficient interpretation, we recommend a conservative measure with respect to what is considered ‘widespread’.

Clearly infections fall into several categories, however clause 42.10 is specific. In order to make permitted use of the Lumberjack Materials the pathogenic cause of the Zombie Apocalypse must be viral. Bacterial or fungal pathogens do not give rise to acceptable use.

We note, given the state of modern medicine, it is unlikely the Zombie Apocalypse will be caused by a bacterial or fungal infection. Bacterial and fungal infections are often treatable while anti-viral drugs are somewhat limited.

Airborne or vector borne viruses do not give rise to acceptable use. The AWS Service Terms specifically require the viral contagion to be transmitted exclusively by bites or contact with bodily fluids. No limitation to the forms of bodily fluid appears to apply. As such this is likely to include inter alia, saliva, blood transfusion and sexually transmitted disease.

For the avoidance of doubt, vector borne contagions such as those transmitted by insects, analogous to malaria or dengue fever, or rats and fleas, analogous to a viral form of the bubonic plague, would not be a Permitted Zombie Apocalypse. In such circumstances using the Lumberyard Materials would not be permitted.

According to reliable sources:

‘A Zombie, in its broadest sense, is a person who has lost his or her sense of self-awareness and identity, and cares only for the destruction (and often consumption) of any human around, no matter what the circumstances, or cost to his or her self.’

While this definition aids in analysis, strictly speaking this ‘extrinsic material’ would be inadmissible in a court of law. We note the Parole Evidence Rule would apply because this definition adds to the term by further limiting the type of Zombie, Goss v Lloyd Nugent (1833) 5 B&D 58. That is the loss of self-awareness does not form part of this agreement and Murphey like zombies may still give rise to a Permitted Zombie Apocalypse.

It is, however, a clear intention of the parties that in order for a Zombie to constitute a zombie for the purpose of establishing a Permitted Zombie Apocalypse, it must be human, have died (or appear dead such as in an unconscious state) and be reanimated and seek to consume another human.

We note the phrase relating to consumption seems to be of little utility given the consumption of any portion of the human body would meet this criteria.

The human element is also limiting. If the zombies were extra terrestrial in nature, or non-human such as zombie sharks or zombie cats, then the Lumberyard Materials could not be used. This appears to be an oversight in the drafting of the clause as it is clear zombies of any significant terrestrial or extra-terrestrial species could give rise to a fall of organized civilisation. However, a court has no power to amend a term which is unjust or inconvenient, Australian Broadcasting Commission v Australasian Performing Right Association Ltd (1973) 129 CLR 99. As such, anyone seeking to use the Lumberyard Materials during a non-human zombie apocalypse should seek a variation to this clause.

5. Is likely to result in the fall of organized civilization

Adding further clarity to the ‘widespread’ element, not only must the contagion meet the other criteria, but it must be so substantial that it is likely to cause the fall of organized civilisation. This of course substantially limits the scope of this clause. When one refers to such predictive texts such as ‘The Walking Dead’ a fall of organised civilization would require the definition of widespread to be close to an extinction event. That is, turning the earth into a literal Zombieland.

6. Certified by the United States Centers for Disease Control or successor body

Even where the other 5 elements have been met, a Permitted Zombie Apocalypse would need to be certified by the United States Centers for Disease Control (or successor body). Whether not another international body would be considered a successor body in the event of a total collapse of the United States is beyond the scope of this article and would need to refer to the ever evolving policies making up the body of public international law.

Any person who shares this post can receive 1 hour of legal advice in exchange for 1 litre of water, a can of baked beans, Irish stew or other similar long life canned produce and a handful of shotgun shells.*

*Shotgun shells must be provided in even numbers consistent with Rule 2 (the Double Tap); Redeemable within the first 12 months of the Zombie Apocalypse in compliance with survival Rule 1 (Cardio). That is the advice is only available if you (the Client) maintains the capacity to keep pace with our principal lawyer throughout the duration of the advice. To the maximum extent permissible by law we disclaim all liability associated with the personal injuries arising from exposure to any form of contagion while receiving our services during a zombie apocalypse.

Are you looking for an IT Lawyer that knows tech? Today almost every business is a technology business. Even if you are not on the cutting edge of innovation you are probably entering into business relationships with people who are. If you are not you should be. Helping businesses thrive and reducing transaction costs is at the very heart of any real IT Lawyer.

Need a software development lawyer, with IT, business and accounting qualifications? One who spent over a decade running their own management consulting firm? The sort of commercial lawyer that can translate IT to business, business to law and law back to IT? Contact us today and speak to a multi-disciplinary commercial lawyer.

Rule 8 for the Zombie Apocalypse - Get a kickass partner!

Speak with a lawyer who thinks outside the box?

Contact us today to talk about your next tech venture .